I retired on Dec. 31, 2019, and officially closed my office, after 42 years of practicing law. I thank you all for your confidence in me and your friendship over the years. My colleague David Dufek who has shared the suite with me for the past two years is taking over my practice and will have all client files. Not only will David be taking over the practice, he remains in the suite and is taking over my fax and phone lines. You are free to leave your files with David or pick them up. David's practice like mine includes will, trusts, and probate, as well as personal injury work. He also does landlord - tenant work and debtor - creditor matters including bankruptcy.

I wish you all the best. 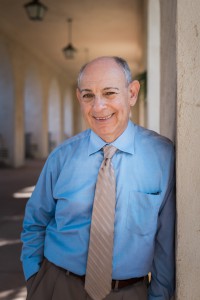 Alex Scheingross has been selected for inclusion in the San Diego edition of Super Lawyers Magazine for his work on personal injury cases for the past 9 years in a row. He also is rated 9.7 out of 10 by Avvo.  He is a respected member of the plaintiff’s bar and a former member of the Board of Directors of the Consumer Attorneys of San Diego. He has also undergone extensive training in jury trial litigation with Mr. Gerry Spence and the Trial Lawyers College.

Mr. Scheingross has been recognized by the Consumer Attorneys for his “Dedication to his clients rights and demonstrations of standards of excellence,” for his work on six different cases. He has earned the Organization’s highest honor, an “Outstanding Advocacy Award,” for his work in State Farm v. Renko, where he proved by clear and convincing evidence that a beneficiary designation in a life insurance policy was obtained by coercion. Among Mr. Scheingross’s jury trial victories are Rivas v. City of San Diego, a case in which his client was injured at a job site and received a jury award of $432,250 (the defendant’s best offer was $60,000) and Sarantos v. Heavenly Oaks. In the Sarantos matter he represented the listing real estate broker for the sale of a mobile home park. His client was awarded $140,000 in attorneys fees (prior to trial, Mr. Scheingross’s client had offered to pay the opposition $10,000 in order to avoid the expense of a four week jury trial).

Commitment to the community

In addition to his law related activities, Mr. Scheingross has served on the board of directors for several community groups to make San Diego a better place, including spending 13 Thanksgivings working for the Salvation Army, serving dinner for those in need.